Have Questions? Start a Chat (Make sure to include your Email) 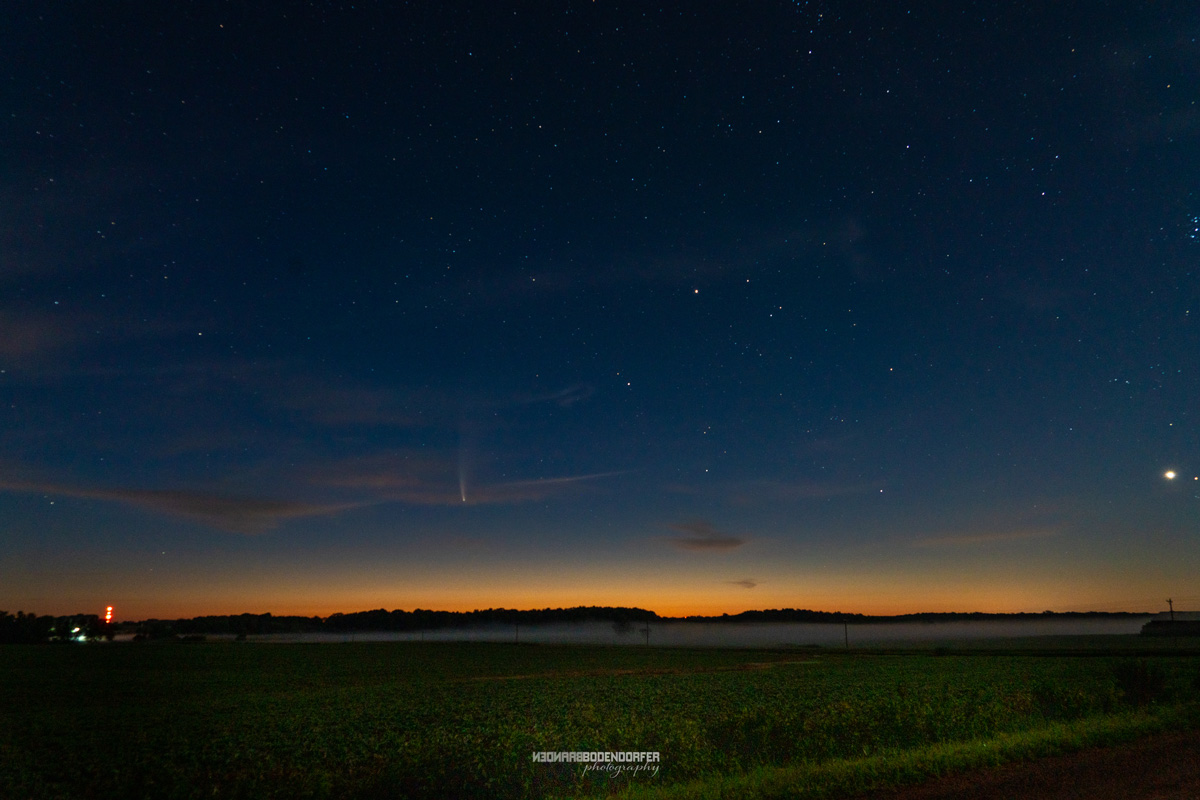 Branden Bodendorfer said, “When it comes to taking photos of the stars and objects in space, I rely on an app called Star Walk. The app allows me to plan my photo shot by time and location.”

The app Star Walk gives real-time time data for users on the position of stars and space objects. It allows you to even move ahead in time to see how stars are going to align. The earth continues to rotate through each season of the year and throughout the orbit around the sun, so each night you can expect stars to be positioned differently.

“When I woke up this morning, my first item on my checklist was to find an elevated terrain where I had a clear view of the horizon and the ability to get a good foreground shot of the world around me,” said Branden.

Branden stated that he knew that his best time for shooting the comet, named C/2020 F3 NEOWISE, was going to be between 3:15 and 3:45 am. By 4 pm, the sunrise would start to affect the ability to see the full intensity of the comet.

“I also knew that the sunrise could produce some shots that were full of color,” said Branden.

After completing the photo shoot, Branden used Adobe Lightroom to edit the color profiles of each photo.

C/2020 F3 (NEOWISE), or Comet NEOWISE, is a retrograde comet with a near-parabolic orbit discovered on March 27, 2020, by astronomers using the NEOWISE space telescope.[4] By July 2020 it was bright enough to be visible to the naked eye. For observers in the northern hemisphere, the comet appears low on the northern horizon, below Capella. In the second half of July 2020 it will appear to pass through the constellation of Ursa Major, below the asterism of The Plough (Big Dipper).

Under dark skies it can be clearly seen with the naked eye[3] and is expected to remain visible to the naked eye throughout most of July 2020.